Recording of the Week,  Respighi from John Neschling and the Orchestre Philharmonique de Liège

A Respighi triptych with a difference today: John Neschling and the Liège Philharmonic Orchestra present not the famous 'Roman trilogy', but the Trittico Botticelliano, Il tramonto and Vetrate di Chiesa. As the title suggests, the first work (written a year before the final instalment of the 'Rome' trio) is a three-part extravaganza in itself, drawing inspiration from three of Botticelli's most iconic paintings: 'La primavera' (which also spawned Debussy's Le printemps), 'L'adorazione dei Magi', and 'La nascita di Venere' (now housed in Florence's Uffizi and reproduced on countless tote-bags and t-shirts the world over). 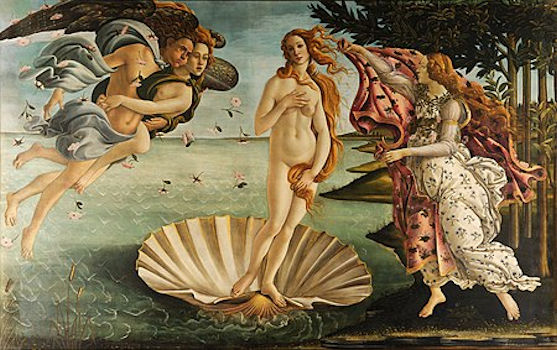 The score was new to all of us in the editorial team, but such is the infectious energy of Respighi's opening depiction of spring (all glittering triangle, high woodwind and chirruping violins paying cheeky homage to Vivaldi) that snatches of the jaunty faux-medieval dance-tune that kicks it all off have been being whistled around the office all week. The orchestration is equally vivid in the chiaroscuro sound-world with which Respighi conjures up the mysteries of Epiphany, with the Liège woodwind on evocative form, whilst the sonorities which envelop Venus rising from the waves surely owe more than a little to Debussy's La mer. The engineering throughout all of this is quite superb, creating the impression of shepherds and troubadours wandering in and out of focus against a background of distant birdsong in the first 'painting' and replicating the ebb and flow of the surf in the last.

The central work on the recording is the fifteen-minute cantata Il tramonto, written in 1914 for mezzo and string quartet but performed here in the now more familiar version for voice and string orchestra. It's a luminous, haunting score, setting an Italian translation of Shelley's 1816 poem 'The Sunset', which tells the gothic-pastoral story of a woman who wakes after a nocturnal tryst in a wood to find her lover dead beside her; the first section is all hushed eroticism, giving way to music of bleak tenderness which charts her quiet, life-long anguish and the consolation which she finds in nature. If there are whispers of Puccini in the opening section (the piece is roughly contemporaneous with La rondine and Il trittico), the prevailing atmosphere rather put me in mind of Schoenberg's Verklärte Nacht and Erwartung. 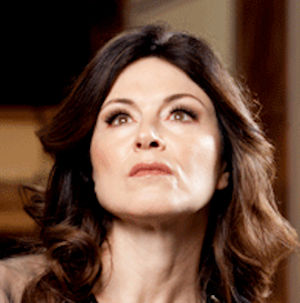 The Liège strings are joined here by Italian soprano Anna Caterina Antonacci, particularly renowned in baroque and Classical repertoire as well as for her fearless performances of firebrands like Bizet's Carmen and Cassandre in Berlioz's Les Troyens. Having experienced her incandescent interpretation of the latter at Covent Garden, I was struck by the restraint and intimacy with which she approaches this score: there's no scenery-chewing here, perhaps in response to Shelley's own rebuttal of melodrama in the text ('The lady died not, nor grew wild'), just subtle but vivid word-painting and exquisite tenderness. Her long-breathed 'Pace!' in the penultimate line is one of the most moving things I've heard on record this year.

For Vetrate di Chiesa ('Church Windows') Respighi returns to the twin inspirations of early music and the visual arts which underpin the Botticelli Triptych - though the stained-glass panels depicted in each of the four sections existed purely in the composer's imagination, and indeed the descriptive titles were only dreamt up after he'd orchestrated the piano originals several years after composition. The most arresting, for me, is the tumultuous 'San Michele Arcangelo', depicting an apocalyptic battle between St Michael and a dragon embodying the forces of darkness: the Liège brass breathe fire and brimstone aplenty, rasping and thundering in the cod-Wagnerian opening passages and revelling in the cinematic, Spaghetti-Westernish writing for the aftermath of the conflict (the booklet-notes point out that Respighi was a major influence on the film-composer John Williams, and the extended high trumpet solo towards the end isn't a million miles away from Copland, whose Dance Symphony appeared the same year).

The final 'picture' is almost as remarkable, representing the sixth-century pope St Gregory the Great in a bells-and-smells blaze of glory that carries more than a whiff of the Coronation Scene from Boris Godunov and the Te Deum from Tosca - it's heady stuff indeed, and brings this alternative Respighi trilogy to a magnificent close. 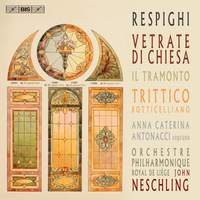