Recording of the Week,  Vasily Petrenko conducts music by Scriabin

As the end of the year approaches, so the Presto editorial team have once more gathered to choose our Top Ten discs of the year, which we are delighted to announce today. As it happens, nine of our ten discs have already been featured as Recordings of the Week, so we thought we would take the opportunity this week to tell you about the only one we hadn't highlighted so far, namely Vasily Petrenko's recording from October of music by Scriabin, performed by the Oslo Philharmonic. 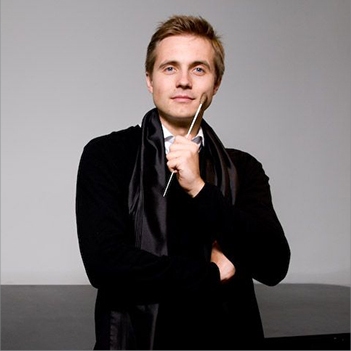 We start with a performance of Symphony No. 2, and right from the off Petrenko’s attention to balance is quite striking, especially in the long build-up of the first movement, where every little bit of woodwind detail is present, and the brass interjections cut through without dominating. Scriabin's orchestration is always rich and inventive, and Petrenko ensures that we hear every hand-stopped horn entry and quietly ominous timpani pronouncement. The first two movements are replete with clarinet solos, and the Oslo Philharmonic’s principal player produces a wonderful range of colours, dark and husky in the low register, whilst warm and lambent higher up.

The centrepiece of the symphony is the 19-minute third movement, a slow-burning Adagio full of ravishing chords, sounding very much like a depiction of a balmy summer afternoon in a beautiful garden. With its rising chromatic lines and fervent harmonic scrunches, it very much calls to mind the Prelude from Wagner’s Tristan und Isolde. More than that, its occasional eruptions of sweltering ecstasy seem, to my ears at least, to anticipate a much later work, Olivier Messiaen’s Turangalîla-Symphonie (specifically ‘Jardin du Sommeil d’amour’ (‘Garden of the Sleep of Love’), the sixth movement of the piece), even to the extent of an opening burst of birdsong from the flute, which the latter composer was so fond of including in many of his works. The final couple of minutes are as sublime as anything you will hear in Wagner, with (yet again!) a divine clarinet solo, and the closing few bars for strings and flutes alone (with a last snippet of birdsong from principal flute) are exquisite, amply demonstrating why we had to include this disc in our top ten of the year!

All of this serves as the perfect contrast for the tempestuous fourth movement, while the brassy fifth movement (presenting a martial version of the symphony’s opening clarinet melody, sounding almost like a ceremonial piece by William Walton!) presents an extremely satisfying conclusion to a sizzling performance of this piece.

For the Piano Concerto they are joined by Kirill Gerstein. If the Second Symphony is infused with the spirit of Wagner, then this concerto seems to share many traits with one of Scriabin’s contemporaries, namely Rachmaninov, particularly in the florid writing for the right hand. Petrenko here proves to be a first-rate accompanist, giving Gerstein the flexibility he needs to dash off the many flourishes that Scriabin requires, whilst keeping one eye on the overall structure and pacing.

Much like the symphony, for all the impressively-performed turmoil of the outer movements, I found myself most drawn to the stillness and contemplative tenderness of the slow movement, an elegant set of variations. The theme is first presented by the strings alone, and there’s some marvellously quiet playing from them which really makes you stop and listen: hushed but full of tone. Gerstein brings a lightness of touch to the more ornate variations, while in the weightier, third variation he produces some pleasingly sonorous chords. One of the composer’s earlier works (written in 1896 when he was 24), I won’t claim it’s the most groundbreaking piano concerto ever written, but I thought it was quite a delightful piece, and it sits worthily alongside a thrilling performance of the Second Symphony. 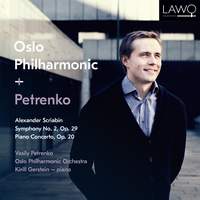