‘From the heart – may it return to the heart!’ Thus Beethoven’s dedication of the Missa solemnis to Nikolaus Harnoncourt’s ancestor Archduke Rudolf of Austria; the words take on an additional poignancy when applied to this recording of the conductor’s final public performances, captured in Graz last July just nine months before his death. (On his retirement shortly afterwards, he was insistent that the radio broadcast be released on disc). 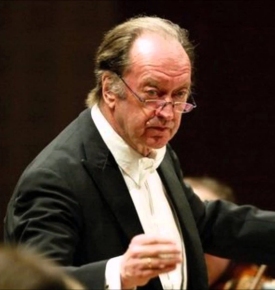 The cover image shows Harnoncourt (photographed in 2011 in the Attergau countryside where he is now buried) facing away from the camera as he walks into an overcast sky, seemingly deep in contemplation; though it’s perhaps difficult not to approach this recording with an auspicious and a dropping eye, it soon becomes apparent that to read his last account of this unsettled and unsettling work as a definitive Last Will and Testament would run counter to Harnoncourt’s restless, continually probing musical spirit. In an illuminating interview included in the booklet, he writes of his conviction that Beethoven had ‘written failure into his score’, and one gets the sense that the conductor could have continued grappling with how best to negotiate that challenge (and indeed to what extent it SHOULD be negotiated) ad infinitum.

Harnoncourt, who wrestled throughout his life with what he called his ‘Beethoven problem’, came to the Missa Solemnis relatively late as a conductor – he first conducted it in the late 80s, after decades of living with the work as a cellist, and recorded it several years later. In terms of tempi, there’s little that’s radically different from his earlier account with the Chamber Orchestra of Europe for Teldec (the Gloria is a notch steadier), but once examined up close it seems that his differentiation of the 30-odd separate tempos demanded by Beethoven is even more painstaking than before, as is his observation of the composer’s equally specific and frequent dynamic markings.

Any sense of that pre-ordained ‘failure’ which Harnoncourt detects emanates organically from these observations in all their disjointed, hesitant glory rather than from any betrayal of the work’s technical demands: the 50-strong Arnold Schoenberg Choir, aided by the leeway allowed by the A=430 pitch (this was Harnoncourt’s only recording of the work with the period instruments of his Concentus Musicus Wien), never sound raw or strained by the high tessitura, but nor is there any sense of grandstanding. Getting too comfortable was never what Harnoncourt was about.

The light-voiced quartet blend seamlessly, not just with one another but with the choir, so that in places they almost function as a semi-chorus. The stand-out, in the best sense of the word, is American soprano Laura Aikin, who surmounts her part’s fearsome technical challenges with understated aplomb – the notorious high C in the Benedictus floats apparently effortlessly – and infuses her final contributions in the Dona nobis with a sense of desperate urgency that calls to mind the Libera me of the Verdi Requiem.

When the final muted chords of the Dona nobis (which Harnoncourt stressed is a request for peace, not a post hoc celebration of it) died away, my initial response was one of sadness: if no-one could describe his deliberately hesitant treatment of these last few unsettling pages as a whimper, Harnoncourt steadfastly refuses to go out with a bang.

Now the dust’s settled on repeated listenings, though, it strikes me as an uncommonly apposite farewell from a musician whose life’s work centred on questioning rather than affirming, and encouraging his performers and audiences to do the same. That questioning spirit continued right up until the last; Harnoncourt’s final Missa is very much a valediction forbidding mourning. 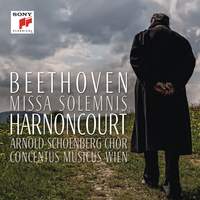