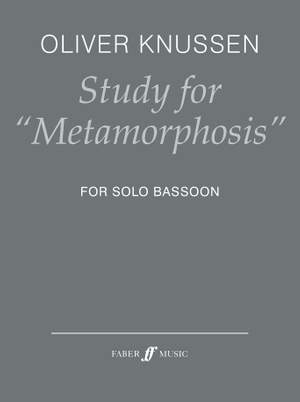 Study for "Metamorphosis" for solo bassoon was composed by Oliver Knussen in the early 1970s but was withdrawn and later revised by the composer in 2018. Two earlier versions of the piece exist: an incomplete copy of the work's earliest incarnation - entitled Study in Metamorphosis and dated 1972 - and a revised version from 1973, which uses the current title.