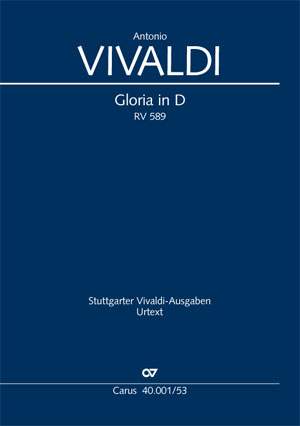 The Gloria in D Major RV 589 is Vivaldi's most famous sacred work and it is among his most important church music compositions. An independent work in one movement, it was probably composed between 1713 and 1717 for the Ospedale della Pietà, one of the orphanages of Venice in which young girls received a thorough musical training. The musically representative work is divided into 12 sections which differ in scoring, movement type, key and expressed emotions.