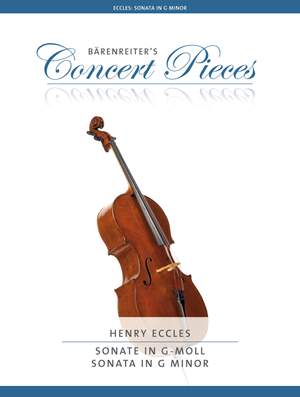 Henry Eccles left behind a number of smaller works most of which were written for violins or flutes. However, the most famous is this Sonata in G minor. Though often played in transcription by violinists and especially by double bass players, the sonata was originally published for cello in four movements – Prelude, Courante, Sarabande and Gigue – accompanied by a figured bass. Little is known about Henry Eccles. Neither his birth nor his death date has been firmly established, ranging respectively between 1675-85 and 1735-45. It is not even certain that he composed this sonata. He probably hailed from London and later served at the court of Louis XV in France.