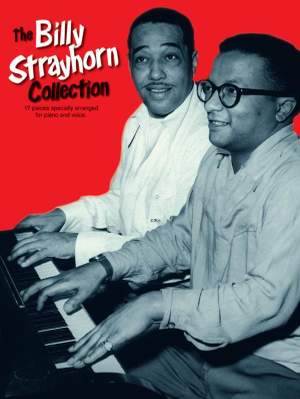 The Billy Strayhorn Collection brings together 17 memorable pieces written, arranged or made famous by the man of whom Duke Ellington said ‘(He) was my right arm, my left arm, all the eyes in the back of my head’.

Ashyman who realised early on that his dream of a career in classical music was unlikely to become a reality because of his race, Strayhorn found a father figure and a lifelong employer in jazz man Ellington.

The musicpresentedhere reflects the full range of Strayhorn’s talent and contains his two most famous compositions Take The ‘A’ Train and Lush Life. Either one would have granted Strayhorn immortality in jazz’s hall offame, buthe wrote and collaborated on so much more, doing it all in the role of a highly-valued but low-profile member of Ellington’s entourage.

Ellington, a cultured man, had succeeded despite racism - and the tacit deal hestruckwith show business was to be the smiling guy in the spotlight. Strayhorn remained in the shadows and lived a life of quiet courage, working in the civil rights movement, living openly as a homosexual and using his abundantmusicaltalent mainly for the good of the Ellington orchestra. Play his incomparable music and decide for yourself who got the better deal. The true answer is probably that we all did.