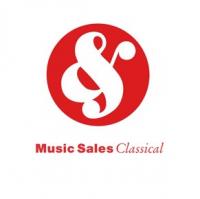 The Music Sales Group encompasses some of the world’s most established, respected classical music publishing houses including Novello & Co, Chester Music, J Curwen and Sons, G. Schirmer, Edition Wilhelm Hansen, Union Musical Ediciones and Bosworth. Between them, these publishers represent some of the greatest composers of the 20th and 21st centuries.