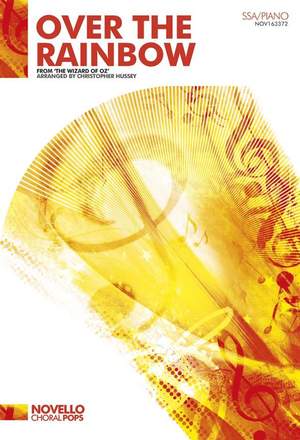 Offer, Yip Harburg_Harold Arlen_Judy Garland: Over The Rainbow (The Wizard Of Oz)

Over the Rainbow is a standard that has become forever associated with its most famous interpreter, Judy Garland. Her troubled adult years only added poignancy to her guileless interpretation of the song, preserved on celluloid in The Wizard of Oz when she was seventeen. The song would also do something similar for Eva Cassidy whose 1992 version brought her posthumous fame almost a decade later. Arranged beautifully by Christopher Hussey for SSA choir with Piano accompaniment, this anthem of hope has not lost its bitter-sweet yearning.