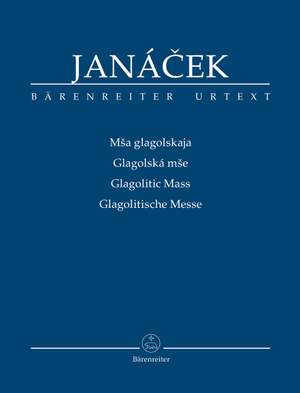 “The Glagolitic Mass”, a significant sacred work in Leoš Janácek’s output only appears towards the end of his life.

Janácek composed this work for soloists, chorus and orchestra in Old Church Slavonic in the spa resort of Luhacovice in the summer and autumn 1926. He revised it at the end of 1927 after its first performance (Brno, 5.12.1927).

The score of the mass was only published after the composer’s death in 1929.

The later revision, known as the “final authorised version”, is contained in this study score edition. This is the significant version which is mostly used for performances. It is richer in orchestration, easier to learn and more stringent in some important passages.