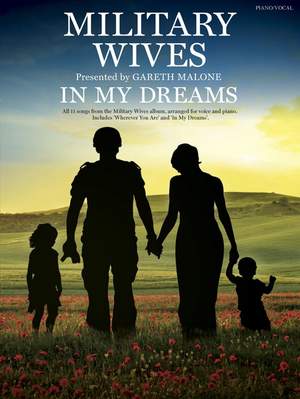 The Military Wives are the inspirational choir formed by the wives and partners of British soldiers serving in Afghanistan. Created by Gareth Malone as part of the TV series The Choir , their moving performances in support of their loved ones on the frontline have touched the hearts of millions, and their debut single Wherever You Are , written for the choir by Paul Mealor, became the 2011 Christmas No.1. With this matching songbook you can enjoy all of the tracks from the album, including In My Dreams — also composed by Paul Mealor — alongside their beautifully reworked versions of modern classics from artists such as Coldplay and Adele. Each track is arranged for vocals with piano accompaniment, and includes full lyrics.