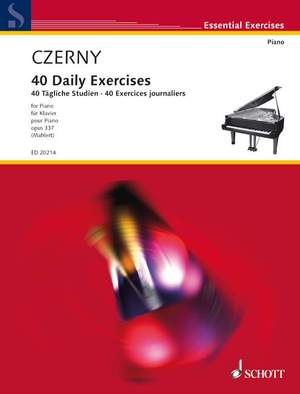 The specific feature of '40 Daily Exercises' the extraordinary density of musical examples and specific technical problems in this small edition. In mostly one-bar formulas, Czerny, with his almost inexhaustible didactic imagination, maps out a cosmos of technical training material which virtually condenses the idioms of the classical and early Romantic piano music between Haydn and Czerny's pupil Franz Liszt. Each study deals with a particular musical-technical problem which varies in appearance and is usually edited for both hands. All individual expressions expand and deepen the basic skills to be practised so that each individual number offers considerable learning potential.