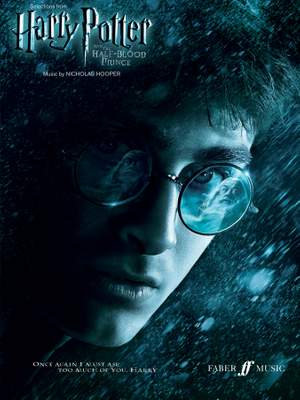 Harry Potter's sixth year at Hogwarts turns out to be quite the exciting year. Harry obtains a Potions book which used to belong to the very mysterious Half-Blood Prince. Harry finds that the Half-Blood Prince's ancient scribbles are written along the margins of almost every page, giving Harry advice on how to improve greatly on his Potions work, and also teaching him a few helpful (and dangerous) spells along the way. Amidst this, Harry is starting private lessons with Professor Dumbledore, during which Harry learns the dark secrets of Voldemort's past, hoping that they could use these secrets to find a way to defeat him. This book of piano solos offers music from the film, as composed by Nick Hooper, and contains four pages of colour photographs.