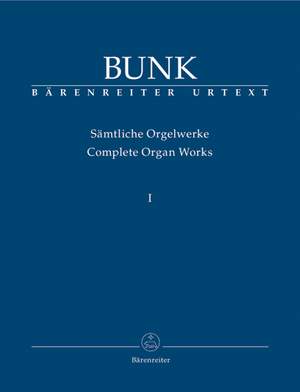 Thanks to Max Reger’s support, Gerard Bunk (1888-1958), became a lecturer at the Dortmund Conservatory and organist at the famous Walcker organ at St. Reinoldi in Dortmund.

He was one of the greatest organists of the first half of the 20th century who, besides Reger, was able to develop his own, characteristic style.

This Urtext edition, prepared by the composer’s grandson, is the result of extensive and painstaking research of the sources; the accompanying text is in two languages (German/English), and the edition reflects the latest musicological findings. Each volume contains a detailed foreword, numerous facsimiles and illustrations and a Critical Commentary in German and English. The complete edition will comprise six volumes.


“This publication is a useful addition to the voluntary repertoire and something new for your recital programmes.”
(Organists Rev., Nov.2009)