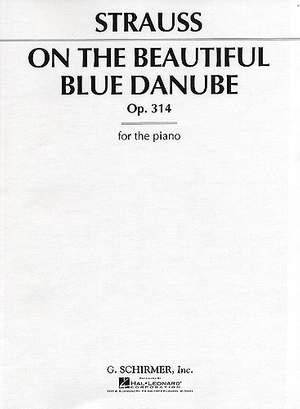 Johann Strauss’ status as an internationally recognised Austrian icon began with the success of his waltz, An der schönen, blauen Donau or On The Beautiful Blue Danube, at the Paris Exhibition of 1867. This is one of the most well-known, infectious pieces of music and it has been played the world over and its melody is instantly recognisable today.

Like most of his waltzes, it features five distinct mini-waltzes, each with two sections. Strauss's wealth of melodic material provides great contrast; waltz sections featuring melodies with substantial leaps give way to those with linear tunes within a smaller range.

Today, the slow introduction andbuild-up to the main theme is the ultimate tease, but at its first performance, however, this opening probably produced a different effect: a heightened sense of anticipation, and curiosity about when the actual dance would begin.