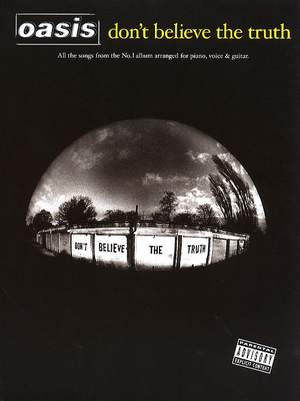 The sixth studio album by the band that led the britpop revolution, and their first since the multi-million selling Heathen Chemistry in 2002, presented in accessible Piano, Voice and Guitar arrangements. Don't Believe The Truth features the song Lyla , described by Noel Gallagher as 'the soundtrack of our lives', alongside the hits The Importance Of Being Idle and Let There Be Love .