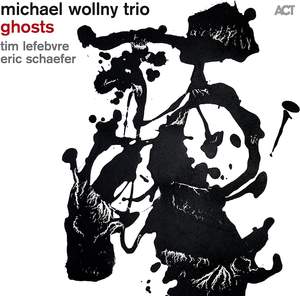 A very confident and assured showing by Michael Wollny’s Trio who present a concept album linked to the theme of 'ghosts'. — Jazzwise, October 2022, 4 out of 5 stars More…

For Pianist Michael Wollny, songs are like ghosts. His new album "Ghosts" is a gathering of some of the ghosts that regularly haunt him. Typically for Wollny, they range from classics like Franz Schubert's "Erlkönig" to jazz standards, film music, songs with a certain fragility by Nick Cave, say, or the band Timber Timbre, and also include his own darkly evocative original compositions.

A very confident and assured showing by Michael Wollny’s Trio who present a concept album linked to the theme of 'ghosts'.

The emphasis throughout is on the ensemble and creating dark moods while keeping most of the music somewhat melodic.