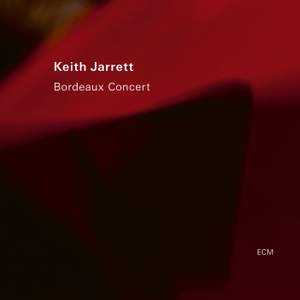 Bordeaux Concert is a special document from Keith Jarrett's last European tour, each of Jarrett's 2016 solo piano concerts had its own strikingly distinct character, and in Bordeaux the lyrical impulse is to the fore

In the course of this improvised suite, many quiet discoveries are made, and there is a touching freshness to the music as a whole, a feeling of intimate communication. Reviewing the July 2016 performance, the French press spoke of hints of the Köln Concert and Bremen- Lausanne in the fow of things, and extended sections of Bordeaux are beguilingly beautiful.

Tender songs are pulled from the air, "rousing a community of listening at the edge of silence", as Le Monde put it, "an awareness of time out from the noise and weariness of the world."