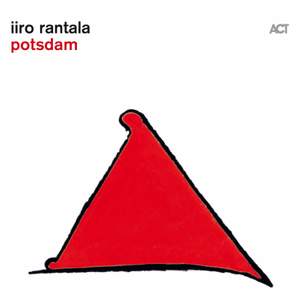 Rantala: Can You Be Bob?

Iiro Rantala plays the piano with “emotional magnetism and musical intelligence”; he has a “virtuosic prowess as an improviser capable of enormous idiomatic and emotional range.” (Downbeat) This praise from the American magazine’s review of the Finnish pianist’s third and recent studio-recorded solo album for ACT, “My Finnish Calendar” (2019) sums up the astonishing variety which people who know his playing well might almost start to take for granted. The citation for the 2016 JTI Jazz Prize in Trier also does well to define the way audiences take him to their heart: “Rantala can sweep listeners off their feet, he can be clown and magician, charmer and virtuoso, maverick and humorist.”

This is the emotional and stylistic versatility which Rantala brings to the live solo recital. It is a form he is drawn to strongly; there can be very few pianists who have explored the art of solo playing quite as as intensively and consistently as Rantala. A typical recital will contain, among other things, pieces from his previous solo albums for ACT “Lost Heroes”, “My Working Class Hero” and “My Finnish Calendar”. As he explains, “I like the form of the solo recital because of the freedom and responsibility I have. Freedom comes from the fact of being alone on stage and responsibility from the fact that I can’t really rely on anything, except myself.”

“Potsdam”, recorded live in concert at Nikolaisaal in Potsdam on 27 November 2021 is, however, the first time that one of Rantala’s many live solo recitals has been released as an album by ACT. It is a very fine exposition indeed of the contrast and the continuity of which he is capable, not just in the shape of the recital as a whole, but also within individual tunes. After a beautiful and welcoming “Twentytwentyone”, Rantala launches into “Time for Rag” which sounds like the accompaniment for a madcap Buster Keaton film. The central section of John Lennon’s “Woman” is quite clearly inspired by the driving R&B style of Richard Tee, a pianist whom Rantala particularly admires, but this leads masterfully into an ending which is at first wistful and calm, but then troubled by the Finn leaning into the piano and creating a dark and discomforting mood by plucking a low string.

Rantala is eminently capable of Nordic “noir”, then, but he is also naturally, irrepressibly humorous, and his humour has wide appeal. This side of his artistic persona was very much to the fore in a huge recent achievement (in every sense), the composition of his second opera, for children, “ die Zaubermelodika”. Commentators noted how the Komische Oper’s stage had been completely taken over by a vast wooden sauna. Humour is also a feature of Rantala’s recent liner notes: such short texts don’t come funnier than his descriptions of the idiosyncratic ways in which Finns respond to the seasons in “My Finnish Calendar”. And, again here, Rantala has painted an extraordinary scene for the liner note to “Potsdam”. Something which could only ever have happened in an imagination as vivid and as genuinely funny as Rantala’s. There also are jokes in his song titles. Just as “Bob Hardy” on the album “My History of Jazz” was a play on the idea of hard bop tunes, so “Can You Be Bob?” on "Potsdam" has all the fast-fingered wizardry of a tricksy bebop tune. And the joke is again in the title.

Two of the tunes from “Potsdam” are now available as sheet music, but for one of them the pianist will need to have some additional equipment to hand... The sensitive seasonal evocation of “November” is published as one of the twelve pieces representing the months in Rantala’s popular “Finnish Calendar”. “Freedom”, on the other hand, is one of the twenty tunes in the “Iiro Rantala Songbook” - which also includes evergreens such as “Tears for Esbjörn”. The pizzicato “harpsichord”-ish sound in “Freedom” is achieved by placing a towel over the strings, and the other-worldly broken sound for the jazz solo requires paper to be placed between the dampers and the strings.

There is a beautiful inevitability about the final two tunes on the album. The exuberance and brashness which inflect Bernstein’s “Candide” overture right from the first fanfare are irresistible. Rantala follows this, by way of complete contrast, with “Somewhere” from “West Side Story”. Potsdam was recorded the day after the passing of Stephen Sondheim. Rantala explains how deeply this affected him: “Sondheim was magical. As a writer and composer. “West Side Story” is one of the greatest achievements of mankind. And he was so young, when he wrote all those lines: ‘Say it loud and there’s music playing. Say it soft and its almost like praying, Maria’.”

Sondheim was one of the greats of the theatre, and there is perhaps some kind of serendipity that his spirit should be recalled so vividly here: Sondheim once wrote: “the whole idea of getting across to an audience and making them laugh, making them cry - just making them feel - is paramount to me.” It sums up admirably and exactly what this very great pianist achieved – one evening in “Potsdam”.