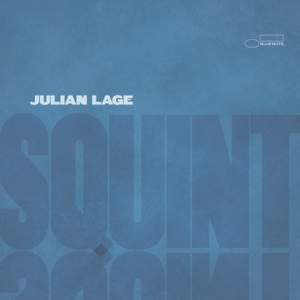 Lage excels throughout Squint as both an improviser and a composer, and he is well served by bassist Jorge Roeder and drummer Dave King, both of whom had toured with him for two years before... — Allaboutjazz.com, 9th June 2021, 4 out of 5 stars More…

Hill, Billy: Call Of The Canyon

The maestro of modern jazz guitar makes his Blue Note debut with a selection of Americana-infused originals.

Hailed as one of the most prodigious guitarists of his generation, Julian Lage has spent more than a decade searching through the myriad strains of American musical history via impeccable technique and a spirit of infinite possibility. After notable Blue Note appearances on The Nels Cline 4’s Currents, Constellations (2018) and Charles Lloyd’s 8: Kindred Spirits (2020), the acclaimed GRAMMY-nominated artist is poised to make his own Blue Note debut with the June 11 release of Squint. Produced by Margaret Glaspy and Armand Hirsch, the dynamic 11-song set featuring 9 originals showcases both Lage’s remarkable songcraft and adventurous sense of improvisation which takes flight in the company of his trusted trio with bassist Jorge Roeder and drummer Dave King (The Bad Plus).

Lage excels throughout Squint as both an improviser and a composer, and he is well served by bassist Jorge Roeder and drummer Dave King, both of whom had toured with him for two years before the pandemic delayed the completion of recording. From every angle, and from start to finish, the album is a delight.

In a band of equals, Lage is, of course, more equal than others, as he demonstrates on the album’s opening track, a solo guitar performance of his own ‘Etude’. It sets the bar incredibly high, which is maintained throughout this excellent album. They say you can only make a first impression once, but this second crack with a major label, Lage succeeds in making a first impression twice.

Lage has always been one of the best examples of the guitar’s strengths, whether unaccompanied or in an ensemble; even on the tunes where he’s joined by his bandmates his playing is rich with harmony.