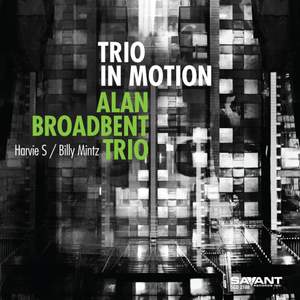 Alan Broadbent: I Hear You

H. Carmichael, M. Parish: One Morning in May

Porter, C: I love you

The Alan Broadbent Trio's previous Savant release, 'New York Notes' (SCD2166), received rave reviews in the international press. The Guardian wrote, "The bubbling stream of notes is both unpredictable and inevitable, and following its twists and turns is a joy." Couleurs Jazz (France) proclaimed, "Behold! A precious gem of a jazz recording."

Broadbent received two Grammy awards and has collaborated with Natalie Cole (Unforgettable), Herbie Hancock, Sonny Rollins, Diana Krall and Paul McCartney. Each tune on the setlist is imbued with a warm intimacy and the refreshing, slightly piquant glow of intensity which warms both the listener's heart and mind.