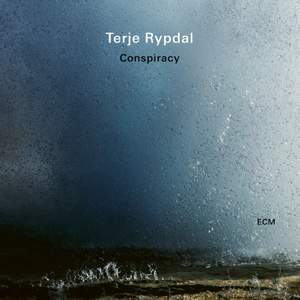 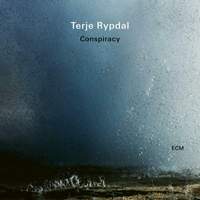 Rypdal: What Was I Thinking

The sonic signature of Terje Rypdal is unmistakable - the yearning, skywards-slanting sustains which introduce his new album could not be anyone else. On Conspiracy the Norwegian electric guitarist - Terje likes to emphasise the electric - reconnects with the inspiration that fuelled such early masterpieces as Whenever I Seem To Be Far Away, Odyssey and Waves, exploring the potential of his instrument with both a rock improviser's love of raw energy and a composer's feeling for space and sound-colour. Conspiracy, recorded at Oslo's Rainbow Studio is Terje's first new ECM studio album in two decades and is cause for celebration. His other 21st century recordings have, to date, drawn upon live sources. The clarity and depth of the new production, and the panoramic sweep of the music, invite the listener to explore the grain, the detail and the texture of its enveloping sounds up close. Keyboardist Stale Storlkken, who contributed to Terje's Vossabrygg and Crime Scene albums is an ideal co-conspirator, perpetually thickening the plot with his own intuitive feeling for complementary sound-colours. Conspiracy also marks a welcome return for Pal Thowsen, whose subtle, detailed drumming was last heard on ECM with Arild Andersen's 1970s groups. Rypdal's best band in years is completed by gifted young bass guitarist Endre Hareide Hallre. Personnel: Terje Rypdal: electric guitar; Stale Storlkken: keyboards; Endre Hareide Hallre: bass, fretless bass; Pal Thowsen: drums and percussion. 'Conspiracy' was recorded at Oslo's Rainbow Studio and produced by Manfred Eicher and Terje Rypdal.