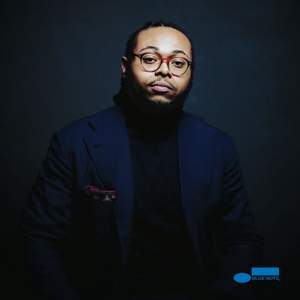 Omega is both a bold and personal statement for the young saxophonist, backed by a trio of accomplished up-and-coming players on his debut record.

Alto saxophonist and composer Immanuel Wilkins delivers an expansive opus about the Black experience in America on his remarkable debut album Omega , which will be released August 7 on Blue Note Records . Omega was produced by Jason Moran and features a next - generation quartet with pianist Micah Thomas , bassist Daryl Johns , and drummer Kweku Sumbry . The first single “Warriors ” is available to stream or download today . With powerful pieces like “Mary Turner - An American Tradition ” and “Ferguson - An American Tradition,” Wilkins wanted to convey the deep pain his people have endured in this country for centuries . That message lands harder in 2020 , as the world struggles through a global pandemic, and cities across America are uprising due to the killings of George Floyd, Breonna Taylor, and Ahmaud Arbery, three unarmed Black people who died at the hands of whites . The pain is balanced with joy, too, as on the opening track “Warriors,” a bright tune that celebrates the love that’s closest to you . “It’s about friendships, family, your hood, and your community,” Wilkins says . “It’s about us serving as warriors for whatever we believe in . ” “Immanuel has always been leaning forward into the music,” says Moran . “He is a powerful player. He blends traditions in a way that only his generation knows how to do . His band is set to begin a new mode that I look forward to hearing develop . The future of the music rests with these musicians, and I trust their noses .