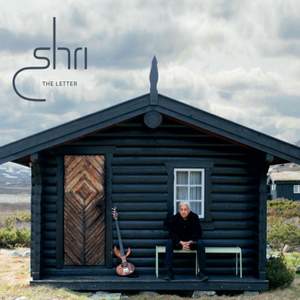 Recording of the Week,  Shri - The Letter

Bass supremo Shri presents a selection of his vivid tone poems, recorded in a hut in the Norwegian mountains with Bugge Wesseltoft and guests.

Shri Sriram's dynamic quest for new and collaborative ways of making music has taken him all over the world. From Indian classical music to electronica, from trip hop to jazz, from musical theatre to film scores, Shri's superb musicianship and positive vibes are in constant demand from fellow musicians and producers, presenters and audiences everywhere. He and Bugge have long shared an enthusiasm for new and collaborative ways of making music and 'The Letter' is the culmination of many happy hours of talking, walking, cooking and playing music.

"'The Letter' is actually dedicated to the great German electric upright bass player Eberhard Weber, who wrote me a letter after listening to a demo I made for him in 1993," says Shri. "Eberhard's letter was so inspiring; it helped me to focus on my musical approach in very specific ways and gave me reason and strength to continue on the path I was developing.