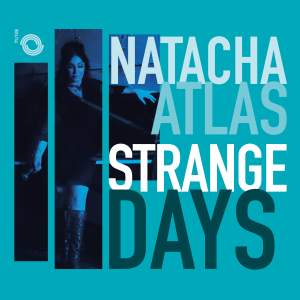 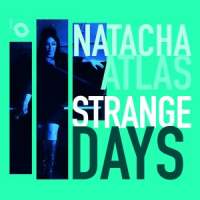 There's something extraordinary happening when musical cultures and genres merge to create new atmospheres, as displayed by the fascinating Anglo-Egyptian partnership of vocalist Natacha Atlas and violinist, composer/arranger and producer Samy Bishai.

Atlas's discography speaks of a solo artist who continually explores and develops her route through music, also collaborating with names including Jean-Michel Jarre and Peter Gabriel; and her arrival at large-scale project and album 'Strange Days' marks a significant, visionary shift.

Metaphorical, dystopian themes abound as the swirling jazz mystery of "Out of Time" unveils Atlas's vocal fluency and inflection, while spirited "Maktoub" ('that which is written') bounces with infectious hip-hop and Tsifteteli rhythms, portamento strings and choral unison.

"Strange Days is a culmination of what I want to express through music - my hybridity and duality between the Middle East and Europe, in all its facets", affirms Atlas. "We are blessed with these musicians, combining everything we love about jazz and Arabic music."