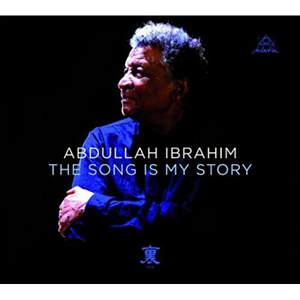 The Song is My Story

Shadows Lean Against My Song

The Song Is My Story - URA

The charismatic Abdullah Ibrahim is South Africa's most distinguished pianist and a world-respected master musician. He released the solo piano album 'The Song is My Story' - which is now available on 180g vinyl (limited to 1,000 copies worldwide, gatefold sleeve) - to celebrate his 80th birthday. 2014 also marked 20 years since the end of apartheid. <p>Abdullah Ibrahim visited Sacile, Italy in the summer of 2014, played on the legendary "Fazioli" grand piano and visited the workshop where these pianos are crafted. There is a concert hall in Sacile with fantastic instruments, which sound as if they were created especially for Ibrahim. He recorded this album there, a mixture of free improvisations and performances of his classic compositions such as a "For Coltrane" and "African Dawn".</p> <p>Personnel: Abdullah Ibrahim (piano)</p>