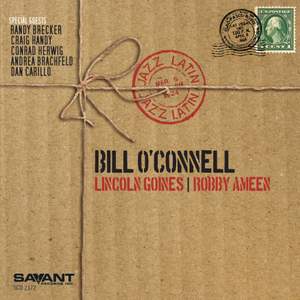 B. O'Connell: Goodbye My Friend

Berlin, I: Puttin' on the Ritz

B. O'Connell: What is This

With friends like Randy Brecker, Craig Handy, Conrad Herwig, Andrea Brachfeld and Dan Carillo on hand, Bill O'Connell's 'Jazz Latin' is more than a release, it is an event.

O'Connell's pianism has always been known for its razor-sharp rhythmic sense, clean articulation and phrasing, which is as affectionate as it is unfussy. And although the idiom often demands fire and verve one must never lose sight of O'Connell's graceful dynamics which give his lines interesting twists and turns that dart and swerve with spontaneous freedom.