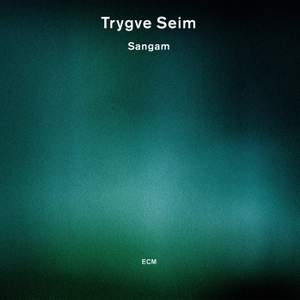 'Sangam', means "coming together", in Sanskrit, sometimes taken to signify "the meeting point of three rivers". Interpret that literally in Trygve Seim's case and the different rivers might symbolize the cross-referencing of jazz, contemporary composition and diverse world folk traditions in his work.

"The `ECM sound' is my aesthetic", says acclaimed 33-year-old saxophonist Trygve Seim. "ECM productions have been a huge influence." With his stunning debut 'Different Rivers' in 2001 and 'The Source and Different Cikadas', Seim is central in the `second generation' of Norwegian musicians who have taken their direction from the quiet musical revolution ushered in by ECM in the 1970s.

A distinguishing feature of Seim's music is the influence of non-western forms. He has been very inspired by music of the Far East, especially flute traditions of Japan and India. Studies of Buddhism, too, have left their imprint on the music - the idea of breath is central to the pieces. As in meditation, breath is the motor, the energiser.

But Seim's music is strong, not fragile, for all its sensitive arrangements, as audiences for Ensemble on tour will confirm, and Sangam is his most cogent and compelling work to date. Seim has made changes in the line-up since Different Rivers, most importantly the addition of Frode Haltli on accordion. Morten Hannisdal, cellist of the Cikada Quartet, is another musician breaking free of the "classical" tradition. The strong front line includes trumpeter Arve Henriksen, now recognised as one of the most individual voices in contemporary jazz improvisation, and he has stunning moments on this disc. And underrated clarinettist Håvard Lund also helps shape the tone. Further widening the sonic palette is a string ensemble conducted by Christian Eggen.