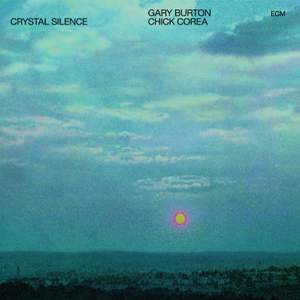 What Game Shall We Play Today

The Corea/Burton duo was brought together by producer Manfred Eicher, and Crystal Silence (recorded in 1972) brought a new chamber music sensibility into jazz improvisation, distinguished by an effervescence of melody and countermelody, with synchronized cascades of sound in continually changing harmonic movement. “It becomes a little magical,” said Corea. Stereo: “Crystal Silence is an album of extraordinary musicianship and rare beauty. Rarely have two musicians been so perfectly matched and rarely do we hear an album of such consistent excellence and originality. “