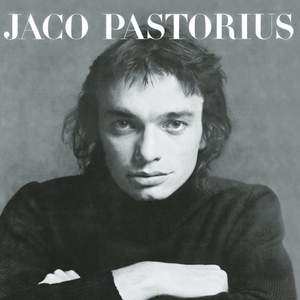 Pastorius: Come On, Come Over

Pastorius: (Used to be a) Cha Cha

Pastorius: (Used to be a) Cha Cha

Pastorius was best known as the flamboyant bassist in Weather Report (1976-81), the man who would throw talcum powder on the stage so he could slide-shuffle on one foot while playing a driving samba riff. But as this extraordinary 1976 debut shows, he was a musical star long before international celebrity called. Though often dismissed as a fusion player, he was championing bebop ("Donna Lee") just as fusion was in its first flush of juvenile excess. He was no purist though, and one of the joys of this album is the range of music he covers, from jazz to soul to samba to afro-beat, giving it all his unmistakable signature. Virtuosity, a dirty word in some circles, was never abused in Jaco's hands. The brilliant playing on such as "Kuru" and "Portrait of Tracy" is all in the service of musicality, and became a benchmark for a generation of bass players. - Mark Gilbert