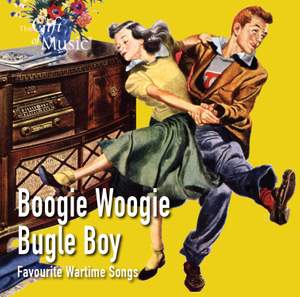 We're Going to Hang out the Washing on the Siegfried Line

Hugh Charles: When they sound the last all clear

Comin' in on a wing and a prayer

Gregg: I'm going to get lit up

Hollywood Canteen, Don't fence me in

Don't Fence Me In

This is the army, Mister Jones

Styne: It's Been A Long, Long Time

The White Cliffs of Dover

A lot of the music from World War II was cheerful and fun, including the tracks chosen for this special album featuring all the musical stars of the period. There’s an emphasis here on the end of the war and the celebrations which naturally followed.