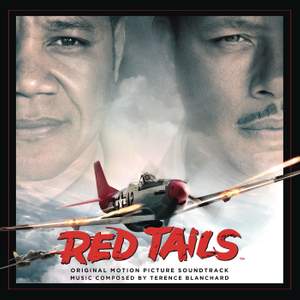 Terence Blanchard: Attack from Above

Styne: It's Been A Long, Long Time

The music on this soundtrack is a combination of both score music, composed by jazz legend Terence Blanchard, and iconic songs from the era (see below).

A world renowned trumpeter, composer and band leader, five-time Grammy Award-winner Terence Blanchard is the most prolific jazz musician to ever compose for motion pictures. As a film composer, Blanchard has more than fifty scores to his credit, including Malcolm X and Inside Man, and was nominated for a Golden Globe for his work on Spike Lee’s film, 25th Hour.

As well as being performed by a full orchestra and choir, the soundtrack also features jazz soloists Fabian Almazan (piano) and Kendrick Scott (percussion). Also included are several songs from the WWII Era, from Harry James & His Orchestra, The Ink Spots, The Andrews Sisters and Maxine Sullivan.