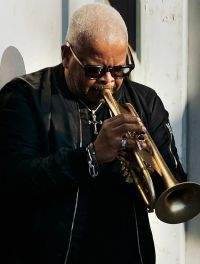 Terence Oliver Blanchard is an American trumpeter and composer. He started his career in 1982 as a member of the Lionel Hampton Orchestra, then The Jazz Messengers. He has composed more than forty film scores and performed on more than fifty. A frequent collaborator with director Spike Lee, he has been nominated for two Academy Awards for composing the scores for Lee's films BlacKkKlansman (2018) and Da 5 Bloods (2020). He has won five Grammy Awards from fourteen nominations.