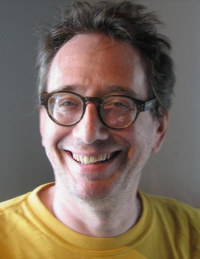 John Zorn is an American composer, arranger, record producer, saxophonist, and multi-instrumentalist. His music crosses genres that include jazz, rock, hardcore, classical, contemporary, surf, metal, soundtrack, ambient, and improvised music. Zorn incorporates diverse styles and compositional methods in his works, which he identifies as avant-garde or experimental. In 2013, Down Beat described Zorn as "one of our most important composers".

Zorn established himself within the New York City downtown music movement in the 1970s, collaborating with avant-garde musicians and developing new methods of composing experimental music. After releasing albums on several independent US and European labels, Zorn signed with Elektra Nonesuch; in 1986, he earned exposure and acclaim with The Big Gundown, an album reworking the compositions of Ennio Morricone.

The first in Matt's more self-indulgent, pretentiously titled Tangents series of articles. Join him back in 1989, for a sunday encounter with New York's finest improvisers at a rep theatre in the east midlands.