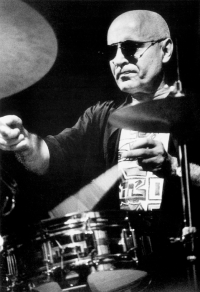 He first came to prominence in the late 1950s in the piano trio of Bill Evans, and later was a regular in pianist Keith Jarrett's band for about a decade (c. 1967–1976). Motian began his career as a bandleader in the early 1970s. Perhaps his two most notable groups were a longstanding trio of guitarist Bill Frisell and saxophonist Joe Lovano, and the Electric Bebop Band where he worked mostly with younger musicians on interpretations of bebop standards.

Paul Motian’s seminal trio record with Bill Frisell and Joe Lovano showcased the key components of Motian’s classic quintet with some forward-thinking twilit jazz, proving to be one of the most important releases of all the trio’s careers.