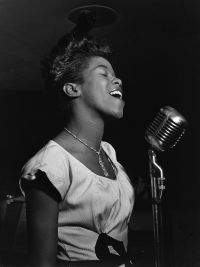 Nicknamed "Sassy" and "The Divine One", she won four Grammy Awards, including the Lifetime Achievement Award. She was given an NEA Jazz Masters Award in 1989. Critic Scott Yanow wrote that she had "one of the most wondrous voices of the 20th century".