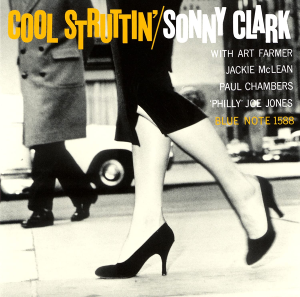 Sonny Clark is an artist that could’ve easily had a long, prolific career in jazz had he not passed just as he was hitting his creative peak. Cool Struttin’ was one of many albums that Clark produced during a two-year stint of non-stop recording, and although there’s plenty of great material that came out of this period, this album stands as some of the best. A Pennsylvania native, Clark moved out to California in ‘51, having made contact with the saxophonist Wardell Gray while out visiting his aunt on the West Coast. He would both work and live with the saxophonist until moving to San Francisco with Oscar Pettiford, there joining the band of clarinetist Buddy DeFranco. After touring with DeFranco’s band until 1956, he joined the Lighthouse All-Stars, a band led by bass player Howard Rumsey. You can hear him on the band’s 1957 release, Music for Lighthousekeeping, and he even contributed the tune ‘I Deal’ to the record. But Clark had always wanted to move back to the East Coast ever since leaving for San Francisco, and when the opportunity arose for him to accompany vocalist Dinah Washington he took it immediately. 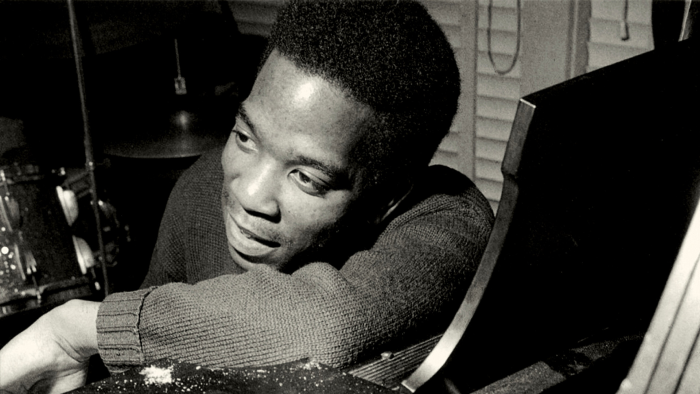 His move to New York would prove a fruitful one; Clark was quickly picked up by Blue Note and he began recording with multiple artists on the label throughout the late 50s. He also found himself an in-demand sideman, playing alongside hard boppers like Kenny Burrell, Donald Byrd and Paul Chambers, the last of whom appears on Cool Struttin’, though he would seldom appear on their recordings themselves. Nonetheless, Clark would start recording his own material for Blue Note as soon as he arrived in New York, with his studio debut Dial “S” for Sonny releasing at the end of 1957, then Sonny’s Crib and Sonny Clark Trio not long after (though the sessions themselves would take place in neighbouring New Jersey at the Van Gelder Studio). It was during this period that he also recorded the posthumously released My Conception, which originally saw a Japanese-only release in 1979 before being reissued twenty-one years later internationally, as well as 1980’s The Art of the Trio and 1976’s Sonny Clark Quintets. While it’s perhaps easy to see this as a label cashing in on a deceased artist’s archives, it’s almost as if Clark produced more material than could be feasibly released, his sessions being as successful as they were.

Many of Clark’s sessions included a similar circle of sidemen, and in Cool Struttin’s case perhaps the most notable inclusion is bassist Paul Chambers and drummer Philly Joe Jones, at the time serving as the rhythm section for Miles Davis’s First Great Quintet. Also present on the recording is alto saxophonist Jackie McLean, someone who can play it plenty straight with the beboppers - like he does on Cool Struttin’ - but also had a keen interest in the emergent avant-garde style of players like Ornette Coleman, having been educated by both the traditional Charlie Parker and the left-field Thelonious Monk. Art Farmer also plays trumpet here, at the time a well-established player in the New York scene, fresh from playing alongside Horace Silver and Charles Mingus. Farmer being known for his tasteful playing style, his contributions complement the selection of tunes here with lyrical lines that never try to out-shine his fellow soloists. The combination of Farmer and McLean’s horn playing provide an excellent double-team of brassy oomph, particularly on this album’s lead hooks. 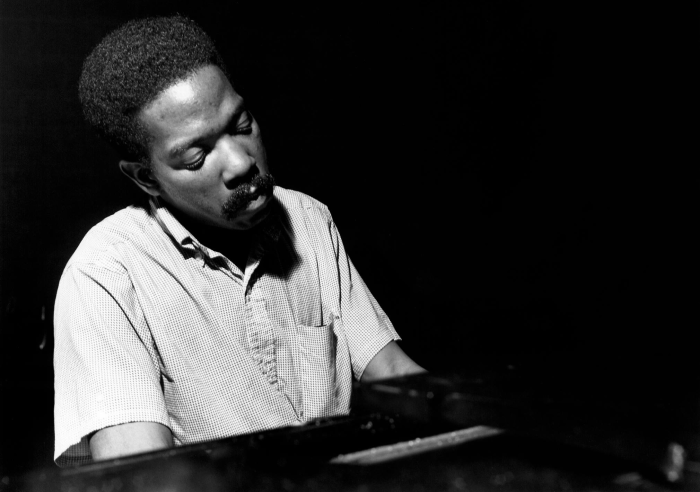 As the name suggests, the title track is a very of-its-time slice of cool, steady bebop, with the subsequent ‘Blue Minor’ a similarly bluesy tune, but there’s plenty of faster cuts on here too; both of the Side B takes, particularly the Davis tune ‘Sippin’ at Bells’, kick things up a notch for the album’s latter half. Clark would unfortunately pass away in 1963 at the age of 31, and while the official cause was listed as a heart attack, it was most likely due to heroin overdose - only that same night he was playing with saxophonist Lin Halliday down in Manhattan’s East Village. His final recording, 1962’s Leapin’ and Lopin’, is another excellent album that firmly solidified Clark’s place in the canon of hard bop musicians, no doubt a record that could’ve been one of many, many more. 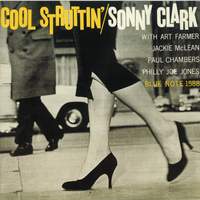 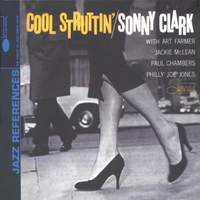