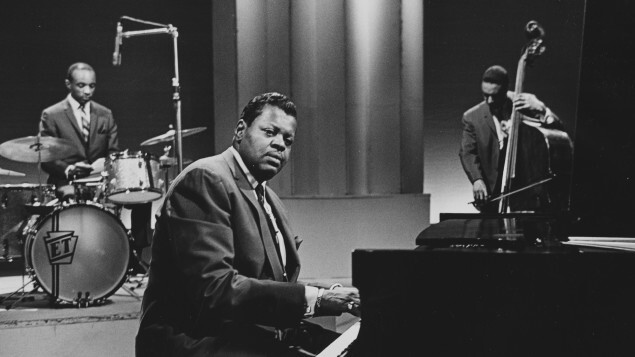 Oscar Peterson, also known as the “King Inside of Swing”, cut some of the most acclaimed jazz recordings during his career. As a child, Peterson grew up in Montreal, Quebec as a son of immigrants from the West Indies immigrants, in the predominantly Black neighbourhood of Little Burgundy. It was while living in Little Burgundy that he learned of jazz culture, beginning to learn the trumpet and piano at around age 5. After contracting tuberculosis he found himself unable to play the trumpet, instead choosing to go all-in on the piano with the help of his father Daniel Peterson and his sister Daisy. Daisy in particular was one of his first introductions to classical piano, Peterson diving in head-first to practicing scales and études. He continued under the tutelage of Paul de Marky, a Hungarian-born classical pianist who was himself taught by István Thomán, a pupil of Franz Liszt. With all this, Peterson’s early education was heavily informed by classical training, but he remained interested in his local jazz scene; even between his classical education he was learning ragtime and boogie-woogie tunes, impressing his elders with his command over the piano at such a young age. He was picked up by Verve founder Norman Granz after Granz heard him play at a club in Montreal, later bringing Peterson to play at a Jazz at the Philharmonic concert in New York City. The pair worked closely both professionally and socially; Granz would produce much of Peterson’s output, while also standing by the all-Black trio when they experienced prejudice, particularly in the Southern states of the US.

Another early collaborator of Peterson’s was Ray Brown, with whom Peterson formed a duo in 1950, which eventually came to add guitarist Barney Kessel - later replaced by Herb Ellis. Peterson would gig with this piano-guitar-bass trio for some time, the man himself considering it his “most stimulating” lineup at the time, with the final recording of the Peterson/Brown/Ellis trio being 1958’s On the Town With the Oscar Peterson Trio recorded in Toronto at the Town Tavern. A later incarnation of the Oscar Peterson Trio appears on Night Train, with drummer Ed Thigpen completing the rhythm section with Brown. This lineup of the ‘Trio would release numerous albums, including another classic recording We Get Requests. 1965’s live album Eloquence would be the last recording Thigpen would do with the trio, and Peterson would eventually disband the group in 1970. 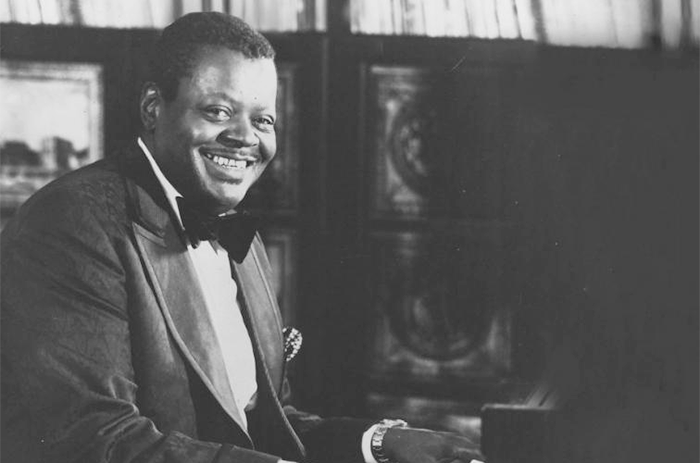 Night Train sees Peterson and co. playing through a set of standards ranging from straight bebop through to material that indulges in some of Peterson’s ragtime swing playstyle. The tunes themselves are kept fairly short - a conscious choice by Peterson to ensure they’d be able to get playtime on commercial radio, though the trio’s version of Milt Jackson’s ‘Bags’ Groove’ gives Peterson some extended time to improvise. A couple of Mercer Ellington tunes appear, too; ‘Things Ain’t the Way They Used to Be’ makes for a neat bluesy number, while ‘I Got It Bad (And That Ain’t Good)’ plays it even cooler. One Peterson original does appear on here, however; as Night Train features the earliest recording of ‘Hymn to Freedom’, one of Peterson’s most well-known and significant works that sees him drawing on Negro spirituals and was written at the encouragement of Granz. Later embraced by the Civil Rights Movement, subsequent recordings of ‘Hymn to Freedom’ also include lyrics written by Harriette Hamilton, though the trio version on Night Train is purely instrumental; indeed, Peterson’s phrasing and melodies do have an especially lyrical quality to them. As expected the trio themselves are tight as anything - having played together for some time before the recording of Night Train, a performance great enough for Diana Krall to cite it as the reason she pursued jazz piano after hearing. If you won’t take my recommendation, at least take Mrs Krall’s! 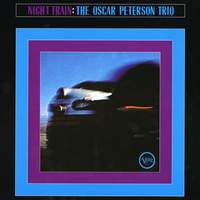 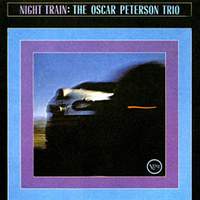