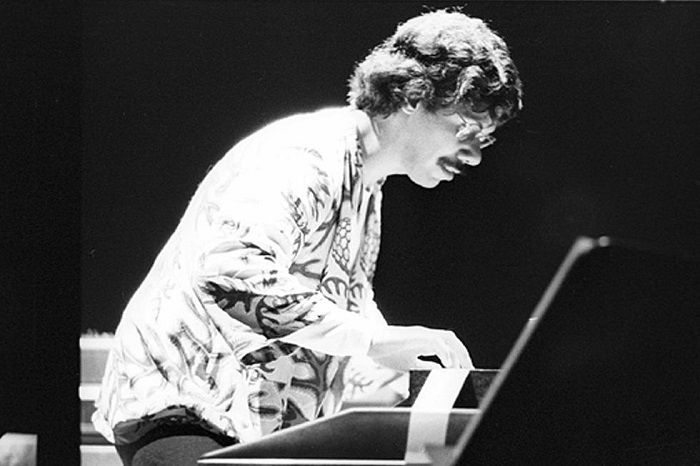 Last Tuesday (9th February), we sadly lost one of the great geniuses of jazz piano, Chick Corea. One of the most beloved players responsible for spearheading the jazz fusion genre - as well as pushing the jazz piano to new realms - he’ll no doubt be greatly missed. You can read our obituary on him here, so for the sake of not repeating what Matt’s already written on him, I’ll stop there. In the meantime, however, I’d much like to talk about one of Corea’s most influential albums of his discography, the eponymous debut album of his fusion band Return to Forever. Initially released only in Europe via ECM - produced by Manfred Eicher - it wouldn’t come to the US for another three years, in 1975, as Return to Forever would sign on with Polydor for their second album Light as a Feather. The album itself was created as a ‘Chick Corea’ record, ultimately serving as the eponymous band’s debut album.

The formation of the Return to Forever band came after a few years of Corea exploring darker music. His time with the Miles Davis’s fusion band had seen him playing on the modal and moody In a Silent Way (1969) and its follow-up, 1970’s obtuse and psychedelic Bitches Brew. Corea formed another band by the name of Circle with bassist Dave Holland, multi-instrumentalist Anthony Braxton and drummer Barry Altschul, all players well-versed in the sound of free and avant-garde jazz. The project was short-lived, with Corea finding himself wanting to further connect with his audience through music, realising that avant-garde jazz was not the way to do this. As opposed to the impenetrable sound of free and avant-jazz, as well as many of the fusion groups of the day, the band’s eponymous release is more in line with Corea’s own tastes; bright, energetic music that’s heavily influenced by Latin music, eschewing the edgier hard rock-inspired sounds of his fusion contemporaries. Corea formed the band with husband and wife Flora Purim and Airto Moreira on vocals and drums respectively, Joe Farrell playing sax and flute, and Stanley Clarke on both electric and upright bass. Clarke would’ve only been twenty-one years old during the recording sessions, having abandoned his dream of becoming the first Black musician in the Philadelphia Orchestra to join the newly formed Return to Forever, this record being one of his first ever recording credits.

Return to Forever itself would go through numerous lineup changes throughout the years after this debut album; while 1973’s Light as a Feather would be recorded with the same lineup, the next record would see the addition of electric guitar from Bill Connors, with the band remaining a four-piece of keyboard, guitar, bass and drums from 1974 to 1977. The band’s final studio recording, Musicmagic, would see the return of Joe Farrell again, with the only other original members being Clarke and of course Corea himself, alongside a large brass section unlike anything the band had recorded with before. Outside of a couple of brief reunions, Return to Forever would officially disband after Musicmagic, leaving behind seven studio albums.

In terms of texture, it’s impossible to avoid Corea’s signature Fender Rhodes on this record. The sound of the Rhodes defines Corea’s earlier work, having progressed from the piano but not yet having discovered the synthesisers he would sometimes experiment with on later albums; this would also be Corea’s first time working with electronic instruments in his solo work, of course having plenty of experience with it from Miles’ fusion band. Return to Forever also features some of Corea’s most popular standards; one of these tunes is ‘Crystal Silence’, a loose piece which mostly consists of a duet between Corea on the Rhodes and the band’s woodwind player Joe Farrell on soprano sax (Farrell plays flute elsewhere on the record, too). Corea seems absolutely enamoured by his Rhodes on this record, transferring his expertise with the piano to the new instrument while also playing about with the wobbling tremolo effect to bring an extra textural depth to the record. ‘What Game Shall We Play Today’ is the most obvious example of the more ‘Latin’ flavours on this record; the bright and colourful melody carried by a steady samba groove. And when vocalist Flora Purim appears - as she also does on the final track ‘La Fiesta’ - this joyous mood is only heightened. This final track, one of the most-played Corea tunes, also leans heavily on the sounds of Latin America, right down to the flamenco-invoking melodies and Purim’s castanets during the final passage.

This aforementioned rejection of contemporary fusion sounds and embracing of more unique cultural sounds really sets Return to Forever apart from the wider early fusion scene. There’s none of the fast-paced shredding antics of John McLaughlin’s Mahavishnu Orchestra, nor the funky undertones of Weather Report or the avant-garde tendencies of Miles Davis’s electric group. While in some ways it sounds quite of-its-time, there’s so much of Return to Forever which remains evergreen. 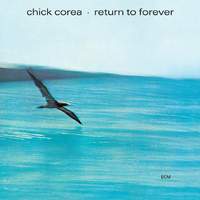 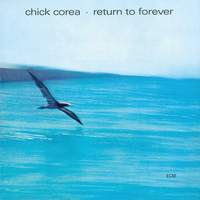