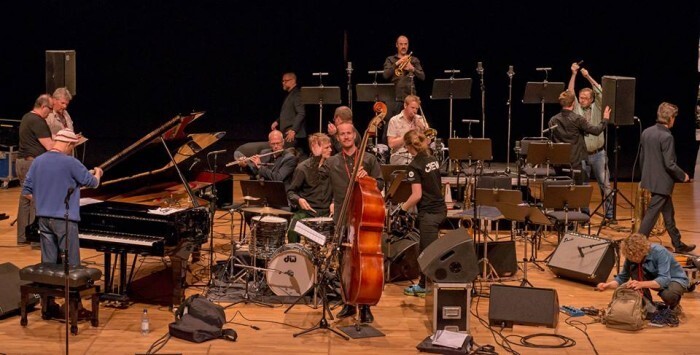 Since first appearing in the eclectic Loose Tubes in 1983, pianist and composer Django Bates has become something of an institution on the British and European jazz scene. He went on to helm a multitude of projects including his big band Delightful Precipice in the nineties, as well as working with Bill Bruford’s EarthWorks, Tim Whitehead’s Borderline, and appearing with legendary artists like George Russell, Tim Berne and Michael Brecker. Bates was already composing pieces for the 21-piece Loose Tubes, and he’s continued to demonstrate his genius for quirky arrangements for large forces right up to this new album. Charlie Parker has remained the most abiding influence on Bates’s music since he was a schoolboy in Lewisham, so it’s appropriate that Tenacity arrives in 2020, being Bird’s centenary year, and Bates’s sixtieth.

Bates is joined by bassist Petter Eldh and drummer Peter Bruun, with whom he has already recorded an album of tunes Parker either wrote or interpreted, 2011’s Confirmation, under the Belovèd Trio moniker. Two years later Bates appeared at the BBC Proms with the Norrbotten Big Band (based deep within the Swedish arctic circle) showcasing yet more of his unique arrangements of Parker tunes, and which ultimately brings us to Tenacity, combining the trio with the big band. Anyone familiar with Bates’s hyperactive imagination will know not to expect reverent interpretations of Parker ever-greens, and indeed there would be little point in that. So whilst a potential schmaltz-fest like ‘Laura’ from Charlie Parker with Strings starts off lush enough, with some gorgeous warm brass chords wrapping around Bates’s piano, it’s not long before things turn subversive, with anachronistic glissandos played on bass and piano strings disturbing the equilibrium, and the tonal centre starts to go wandering off, before being pulled back together for the close.

The album abounds with numerous small details at every turn; the surreal section in ‘Donna Lee’ where the Bates grafts in an out-of-tune piano section that sounds like something Brian Wilson could have dreamed up for Pet Sounds, and the needle-skipping effect that’s written into the woodwind parts on the same track. Although the cartoonish quality can occasionally come across as a little ‘de rigueur’ (as on ‘We are not lost, We are simply finding our way’ where I’d have appreciated slightly less of the constant craving for distraction) on the whole, the quality of invention is consistently high, and often rather moving. ‘Star Eyes’ for example, starts off with typical bustle, but soon Bates’s piano is guiding us through a mysterious, twilit landscape, Eldh’s bass cycling through loping figures, whilst the brass and reeds paint a haunting background. Bates isn’t afraid to tug on the old heartstrings when needed either - on ‘Ah Leu Cha’ he allows himself a full-on gorgeous solo, to the accompaniment of his band members’ harmonious ‘oohs’ and ‘ahhs’, and even the temptation to spice things up with a little dissonance contributes to the un-ironic sentiment. The final track ‘Tenacity’ provides a suitable epilogue, with all involved (including the listener) emotionally spent, possibly a little tipsy, as they stagger home. 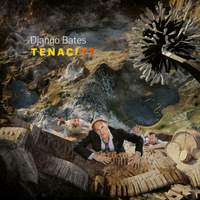