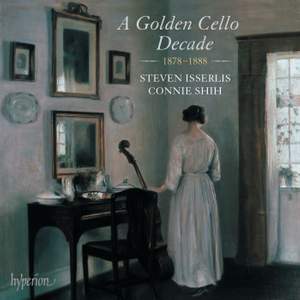 Whatever it was that made the 1880s such an astonishingly fertile moment for cello writing, Isserlis's decision to double down and draw attention to even more works from that decade pays dividends.... — David Smith, Presto Music, 4th November 2022 More…

Nathan, I: Oh! weep for those 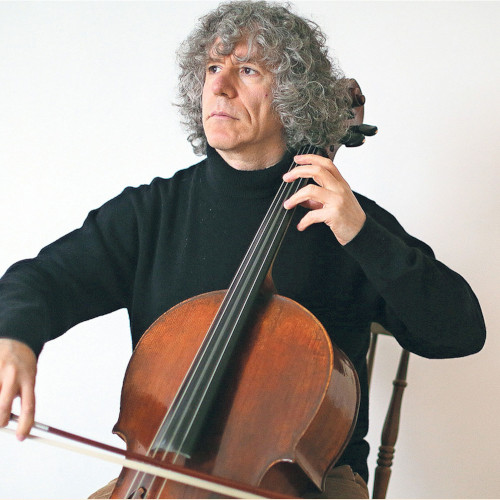 Steven Isserlis and Connie Shih take us on a journey to uncover some lesser-known works from an astonishingly fruitful decade for the cello - sonatas from Strauss and Le Beau, Bruch connections and more.

‘It never rains but it pours’—what a silly expression that is! As if there were no such thing as light rain, or drizzle; but, as we in Britain know all too well, there are indeed such things as downpours. And in musical, and specifically cello and piano, terms, the plethora of music that emerged between 1878 and 1888 could well be described as a downpour. Until that time, cello sonatas of major importance had arrived in a series of relative trickles. Beethoven’s five sonatas were written over three different decades, the last two dating from 1815; Mendelssohn’s two sonatas appeared in 1838 and 1843, Chopin’s in 1846, Brahms’s first in 1866, Saint-Saëns’s first in 1873. Of shorter works, only the (surviving) pieces by Schumann, as well as the slighter productions of Mendelssohn and Chopin, have really made it into the repertoire. It’s a glorious list, true; but hardly a flood, especially when compared to the violin or piano repertoire from the period.

But the cello’s time would come—perhaps in part because cellists became more interested in performing the works of other composers, rather than just their own. (I’m thinking in particular here of Bernhard Romberg, who is reputed to have turned down an offer from Beethoven to write a concerto for him on the grounds that he only wanted to play his own music—though to be fair, that story may well be apocryphal.) Whatever the reason, the decade with which this recording is concerned, 1878-1888, was to see the creation of a remarkably large proportion of the standard pre-twentieth-century cello repertoire. (I could of course have stuck to works from the 1880s, which would have made for a better album title; but I really wanted to include the Le Beau sonata, which, rather inconveniently, dates from 1878.) The sonatas of Grieg and Strauss (second version) both appeared in 1883, Brahms’s second in 1886, and the second printing of Franck’s sonata—in which the work was described as a ‘sonate pour piano et violin ou violoncelle’—in 1887. Furthermore, perhaps the most popular of all shorter works for cello, Fauré’s Élégie and Saint-Saëns’s Le cygne, appeared in 1883 and 1887 respectively. (Cello concertos, curiously, did not follow suit; they had to wait until the heyday of Rostropovich, from 1959 to 1970, for their torrential moment.) - Steven Isserlis

Whatever it was that made the 1880s such an astonishingly fertile moment for cello writing, Isserlis's decision to double down and draw attention to even more works from that decade pays dividends. The original version of the Strauss is a joy, the Kol Nidrei offshoots are fascinating, and the Le Beau is a truly magnificent rediscovery that belongs right at the heart of the repertoire.

The inclusion of Luise Adolpha Le Beau’s Cello Sonata in D major, of 1878, prevents this collection from being rooted in one decade, but you can see why Steven Isserlis bent the rules: it is a Mendelssohnian delight that belongs in the company of the great cello works the 1880s spawned.