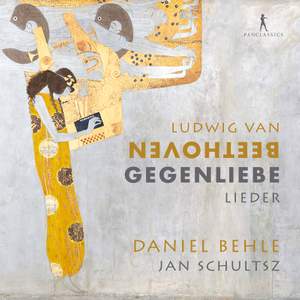 Possessed of an innate lyricism Behle is an ideal exponent, never tempted to over-egg the simplicity of early songs, while the opera singer within is ever-alert to Beethoven’s wider-ranging concerns... — BBC Music Magazine, July 2022, 4 out of 5 stars More…

The singer and composer Daniel Behle was honoured with the prestigious OPUS Klassik as "Singer of the Year" in 2020. He is equally successful in concert, lied and opera.

His Lied recordings, including "Die Schone Mullerin" and his two albums of Strauss songs, the most recent of which was awarded the German Record Critics' Prize, have attracted particular attention.

On his latest recording, Behle now presents a selection of Beethoven songs, accompanied by Jan Schultsz on fortepiano. Unlike Schubert or Schumann, Beethoven is not immediately associated with the Lied; one associates him more with the representative of the grand gesture.

Nevertheless, this does not prevent him from leaving almost one hundred songs to posterity. "An die ferne Geliebte" (1851/1816) is undoubtedly one of the most famous of these works.

Possessed of an innate lyricism Behle is an ideal exponent, never tempted to over-egg the simplicity of early songs, while the opera singer within is ever-alert to Beethoven’s wider-ranging concerns – the gnarly heroism of Der Wachtelschlag to the more sacredly subdued restraint of the two Op. 48 Gellert settings.