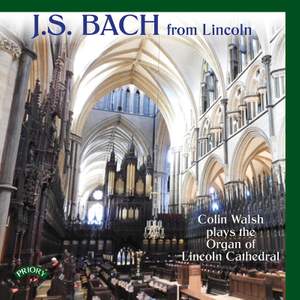 Colin Walsh sets down another programme of Bach. His first CD, PRCD 1203 was received with much critical acclaim and firmly endorses the fact that he is undoubtedly one of the finest organists of his generation. Dr Walsh was recently made Organist Emeritus of Lincoln Cathedral and he is now recognised as the Legend of Lincoln. A series of his live recitals will appear on this label for download and streaming only in the coming months.