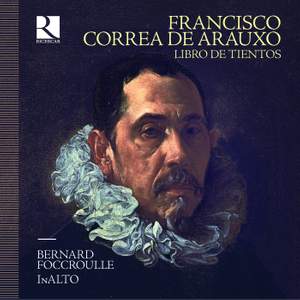 The music of Francisco Correa de Arauxo, still regrettably neglected, constitutes a peak of organ literature in Spain and an exceptional bridge between the Renaissance and the Baroque. His Facultad Orgánica (1626) is both a treatise on the performance of organ music and a collection of sixty-nine pieces of outstanding quality. These tree CDs give the most complete picture possible of his output, played by Bernard Foccroulle on historic organs in Andalusia and Castile. Singers and musicians from the InAlto ensemble perform pieces by Correa alongside some of the major composers he mentions in his preface, including Josquin, Cabezón, Gombert and La Rue.