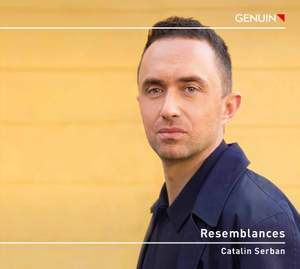 No. 1 in F-Sharp Minor, Andante

No. 2 in A Major, Allegretto

"The composers Frédéric Chopin and Alexander Scriabin sought other worlds – to float, to ascend to heaven. Pianist Catalin Serban juxtaposes their piano works on his new GENUIN CD, made possible by Konzertleben e.V. and C. Bechstein grand piano. A multiple first prize winner at piano competitions in Germany, Italy, and Romania, Catalin Serban has established himself as a soloist and chamber musician. His work has focused intensively on the Romantic and early modern piano repertoire and chamber music literature. In this production, Catalin Serban presents sonatas, nocturnes, and fantasias by the two composers, who are vastly different and yet, in some respects, bear similarities. Serban's highly virtuosic and sensitive piano playing shows the paths of the two, away from compartmentalization and narrowness, towards new spaces and the greatest possible freedom of movement."