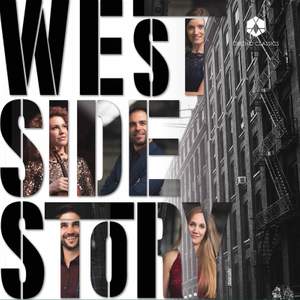 One Hand, One Heart

I Have a Love

The GAIA Music Festival takes place annually in Oberhofen in Switzerland. The brainchild of violinist Gwendolyn Masin, the Festival is named after the Greek goddess of the Earth, and in just a few years has grown into a thriving and captivating series. Concerts from the Festival have been recorded in collaboration with Orchid Classics, capturing the energy and spontaneity of these special live performances. This recording is of Leonard Bernstein’s seminal musical, West Side Story, in a unique arrangement for violin and saxophone quartet made by composer-conductor Henk Huizinga, performed by Gwendolyn Masin and the Melisma Saxophone Quartet. The unusual combination of instruments works superbly: the violin line soars, often taking the main vocal melody, while the winds show their versatility with sonorities ranging from earthy to delicate. The movement order reflects the story arc of West Side Story while creating contrast between lighter and darker numbers, including ‘Somewhere’, ‘Tonight’, ‘Gee, Officer Krupke’ and ‘America’.