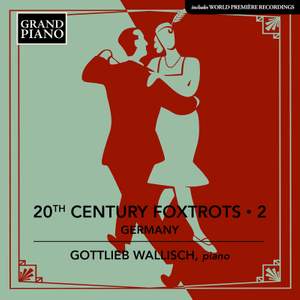 The first volume in this series traced the inter-war craze for carefree dance music in Austria and the Czech Lands (see GP813). This latest album focuses on Germany where jazz-influenced music flourished from the mid-1920s onwards even in the face of some social, political and racial opposition. Cabarets and dancehalls rejected this nationalist resistance and the Weimar Republic rejoiced in a cross-pollination of symphonic jazz and Kunstjazz – a fusion of dance and classical elements. The many previously unrecorded pieces here chart the progress of this vigorous musical rejuvenation.