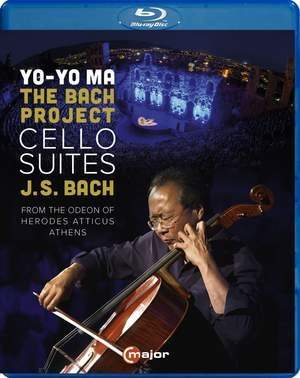 Live from the Herodes Atticus, Athens 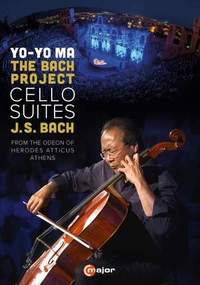 "In 2018, Yo-Yo Ma began a two-year journey, setting out to perform Johann Sebastian Bach’s six suites for solo cello in one sitting, across 36 locations on 6 continents. For Yo-Yo, Bach’s 300-hundred-year-old music is one extraordinary example of how culture connects us and can help us to imagine and build a better future. In an unforgettable experience the 19 times Grammy ® Award winner and internationally acclaimed cellist performed the Cello Suites at the overwhelming Odeon of Herodes Atticus in Athens. Yo-Yo Ma says: “These suites are so meaningful. They’re not only companions and friends, but they’ve also been reference points in my life”. “Soft sounds around me suggested that others were caught up in similarly strong emotions. How Ma has this effect on people is a mystery: I suspect it has to do with the warmth he brings to music that is fundamentally beyond comprehension. He makes the godlike human.” Alex Ross, The New Yorker