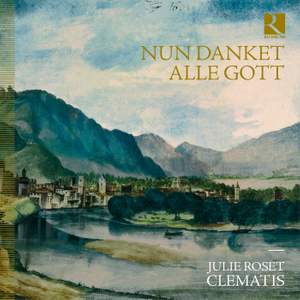 With its ciaconna bass, Hammerschmidt’s sacred concerto Nun danket alle Gott perfectly exemplifies the programme of this recording devoted to the influences of the Italian Baroque on the works of seventeenth-century Lutheran composers. The vast majority of the repertory gathered here comes once again from the exceptionally rich library assembled at the end of the seventeenth century by Gustav Düben, organist of the German Church in Stockholm. His collection contains the only known copy of a Confitebor tibi Domine by Claudio Monteverdi. Other composers such as Bernhard and Rosenmüller had very close links with Italy and were among those who helped to disseminate Italian practices in the German-speaking lands. In all this sacred repertory, the role of instruments, and particularly that of the violin (the emblematic instrument of Italy), is highly developed. The instruments accompany the voice and comment on the texts in most expressive fashion. This programme also offers a chance to discover some gems by lesser-known composers such as Hanff, Pfleger and Pohle.