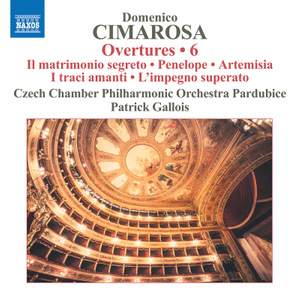 Domenico Cimarosa’s operas were remarkably successful, being staged and re-staged in opera houses all over Europe. Success in his home town of Naples led o court appointments and royal commissions, including his best-known work Il matrimonio segreto (‘The Secret Marriage’) composed for Austrian emperor Leopold II. Other hits include L’impegno superato (‘The Broken Engagement’), an instant success and soon to become one of the most frequently performed of Cimarosa’s comic works, and Penelope that was produced as far away as London in 1817. The Cantata per Ferdinando IV was, however, written as an act of repentance, Cimarosa having made the mistake of backing the failed republican government in 1799.